“A key element in the Narconon drug rehabilitation program is the high priority given to the stage of reentry into society. ...Basically, this reentry plan is a therapeutic contract that specifies the strategies that will be applied by the student once back in the community. ... The Narconon program therefore has a thorough follow-up program to assist its program graduates in achieving the stated product of the Narconon program: A drug-free individual contributing to society.”

“A Simplified Method for Routine Outcome Monitoring after Drug Abuse Treatment” (R.D. Lennox, Ph.D.; MA Sternquist, MS, and A. Paredes, MD, published in the journal Substance Abuse: Research and Treatment 2013:7, 155-169) A study of 323 graduates showed that six months after completing the Narconon program, 73.5% of graduates had not used any illegal drug; 94% were arrest‑free.

A study of 13 graduates showed that four years after completing the Narconon program: 78.6% drug-free; 73% stably employed.

In this study, 49 Narconon graduates were surveyed one to three years after graduation. No drugs after first six months postgraduation, 80%. In previous 30 days: working or in school, 77%; arrest-free, 98%; good relations with family, 86%.

In this study of 11 graduates conducted 10 months postprogram, 91% of Narconon case study group were reported drug-free, compared to 0% of control group drug-free.

One hundred of the first youths enrolled in this court-ordered program had been convicted of 1,100 misdemeanor or felony offenses within two years prior to the Narconon outpatient program. Following Narconon program completion, 63.5% of the juveniles were crime-free for two years after the program compared to 30.1% of a control group.

These results described are based on data collected regarding short- and intermediate-term efficacy of treatment. Individual results are not guaranteed and may vary. 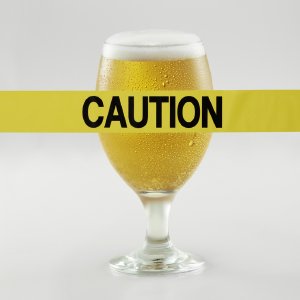 Why Alcohol Should Carry Warning Labels

The Cumulative and Harmful Effect of Excessive Drinking