Why Don’t We Try a Different Approach to the Drug Problem?

I have seen for years the various attempts to solve the problems of drug addiction and abuse. I was working in the industry in the eighties when Nancy Reagan raised the mantra, “Just Say No”.

Just say no. Okay. But how long can a kid just say “no” before someone comes up to him and asks, “Why not?” (Well, there goes that solution. It worked just fine until some thought was required.)

Fortunately, we’re not robots and a simple, no-responsibility answer to a complex question will never last.

Now there are others working to hi-jack the American kids’ decision making processes with more, brainless, reaction evoking, sound bites:

“Stop the failed war on drugs!”

“Marijuana is all natural!”

And just as before, there are millions who would rather spout a phrase robotically than actually think.

Alright, time to think about this. The biggest killers of all drugs, by far, are the legal drugs.

These drugs are so far ahead of the others in total lives destroyed they’re on a completely different scale. Again, there is simply not enough thought or extrapolation of what the results of using these substances could be.

Here is another tack. Why don’t we actually teach people the truth about drugs and their effects, short-term and long-term.

Then, when they’re actually in command of the subject and can visualize the effects that drugs would have on their bodies and minds, let them use the data to make their own choices.

This is why Narconon’s drug education program is so important. It is carefully designed to provide the real information people need about drugs and the consequences of abusing drugs and alcohol. With this information, they can move beyond the sound bites and uninformed choices. With accurate knowledge, they can make their own decisions and reason out for themselves why they should choose a drug-free life.

When the facts about drug abuse are given to young people in a manner they understand, they can make better choices regarding drug use. 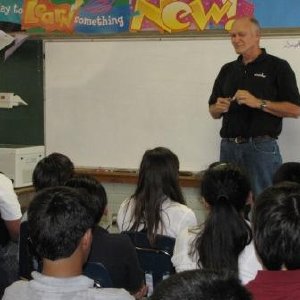