What are the indications of drug abuse? Do certain changes in physical appearance or behavior point directly to drugs?

I and my other presenters speak in many school rooms and auditoriums on the dangers of drug abuse and how to avoid that trap. The questions that students write or ask us about show a lot about what is going on in their environments. They ask about the drugs in which they have interest. But why are they interested in those specific drugs? After many years, hundreds of thousands of students and many thousands of questions, it’s clear to us that most often, the drugs they ask about in class are the exact ones they are in confronting. They might have a family member abusing that drug or a boyfriend or girlfriend who is experimenting with it. Maybe someone they know is trying to get them to try it.

It’s not simple curiosity when a kids asks, “How can you tell if a person is on crack cocaine?” What they’re really asking is, “Is my mother back on drugs again?” When we hear, “What causes a person to lose weight suddenly and get mad all the time?” The real question is probably, “Is my boyfriend using meth?”

Drug abuse and addiction have considerable effects on the body, mind and behavior that cannot be hidden, at least not for long. Knowing what these changes are can make recognizing and correcting the problem possible.

But too often, the signs of drug abuse are obvious to us only after there has been a drug problem of long duration. Once the problem has been percolating under the surface for a while it becomes clear to everyone there is a situation that needs help. Unfortunately, by then, fixing it is much more difficult. Early Detection increases the likelihood of a complete recovery.

Here are some points to look for if you have any suspicions that drug abuse is occurring:

1. The first sign to watch for, and I mean literally the FIRST sign, would be negative changes in the person’s general attitude.

This could be the most important indication of drug use because it’ll be the first tip-off you’ll see. Unfortunately it’s easy to miss because there are so many possible reasons for changes in attitude. But the soured moods and the irritability with parents or authorities will show up soon after drug abuse begins. This is especially true if it’s clear at home that drug use won’t be tolerated.

The idea that young people just naturally have nasty attitudes toward their elders is a lie.

Something has occurred to turn sweet little Johnny or Suzy into a sneering, condescending pain in the neck. It doesn’t just happen. Something’s going down that’s not out in the open.

It’s not always going to be drug abuse, but this person is doing something he or she knows would not be allowed or approved of.

2.Next, look for changes in friends and new acquaintances that seem a bit different from the old crowd.

This sign is a bit tricky too, kids and young people change their buddies on a pretty regular basis, so it’s not a sure sign of drug abuse. However, when the people hanging around are nearly all new and their old friends don’t come around anymore, it’s time to start looking more closely into their activities.

If the new friends seem a little shady to you and you get a creepy feeling when they’re around, it’s time to get very curious.

Sudden changes in interests can happen for many reasons. But when it is coupled with one or more of the other signs, or symptoms listed here, it is another indication that drugs or alcohol are at the bottom of the change.

Using drugs or alcohol against the wishes of parents or spouses is nearly always kept hidden. These activities must be kept out of sight. Look for locks on doors, unexplained frequent trips outside, visits from friends that go immediately into the basement, the locked bedroom or anywhere they cannot be observed. Something is going on they want to keep hidden.

They’ll start lying a little and then tell more and bigger lies. Don’t dismiss this as a natural part of growing up, it points to something forbidden going on. Why else would they be lying?

Putting untruth between self and family is more than typical when drugs are involved, it is invariably part of the whole drug abuse package.

While behavioral changes will be the first flags of drug experimentation, before long, changes in physical appearance and health will begin to show up.

When drug abuse has gotten this far, when it’s to the point of changing the addict's physical appearance, it’s well on the way to being a dangerous addiction. Waiting for red nostrils or weight loss or some other physical sign of abuse before taking action is waiting too long. By the time those show up, damage has already occurred on a physical and mental level.

Here is a short list of signs and symptoms that might indicate drug abuse. Remember, these are indications of possible drug abuse in the individual. These changes can be the result of other factors. However, the greater the number of these symptoms present, the greater the chance that the person is addicted to, or at least abusing drugs.

Some Physical Signs of Drug Abuse and Addiction Are:

Be alert to changes in appearance of eyes and facial expressions, a blank stare as well as the darting of eyes and watery red eyes come from the use of several types of illegal drugs.

Some symptoms of abuse of specific drugs would include:

For Heroin - Needle marks at veins, wearing long-sleeved shirts even in very warm weather, sleeping habits changed drastically, or missing money, each of these is a clue to heroin addiction.

For Stimulants such as Crystal-Meth- Lack of appetite, talkativeness, sleeplessness or occasional oversleeping, coughing, sweating, irritability or excessive cheerfulness, weight loss, skin problems such as open sores on the neck, face and arms are signals.

Alcohol - Oversleeping, staying out all night, missing Monday work or school, dilated pupils and slurred speech, late nights and sleeping late in the morning are symptoms of heavy drinking.

With alcohol, there is another factor. Because it is not an illegal drug, the attempts to hide will often be directed more at hiding the actual amounts of alcohol being consumed rather than hiding the fact of drinking itself. Sometimes developing alcoholism goes undetected until it is very advanced. Prior to that point friends just consider that the drinker “likes to party”.

Marijuana - Loss of motivation, arguing, changes of friends, giggling, sleepy, red eyes, blank stare, pointless laughter and slacking off on things which were once very important are indications of marijuana use.

These are some signs and symptoms of drug abuse. They are signals that this person is in trouble and that help is needed. Addiction is progressive, the longer it is allowed to continue, the stronger it becomes and the more control it gains over the individual.

Addiction isn’t purely a physical problem any more than it is purely mental or emotional. In rehabilitation, every aspect of the problem must be addressed. Most rehab programs focus on either one or the other of these aspects, leaving the addict only half rehabbed.

At the Narconon Nevada, by addressing the entire person, physically, emotionally and mentally, enabling students are able to achieve true recovery and to live their lives drug-free.

To find out how you or your loved one can become one of those recovered addicts
call us today.

Am I Addicted to Drugs?

If you’re asking this question about yourself, please read on. If you’re reading this on behalf of someone close to you, read on. Becoming addicted is a gradient process. 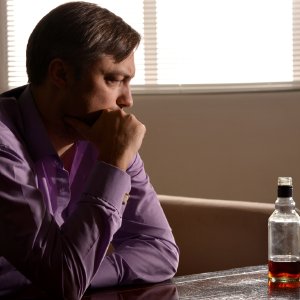