In every state in the country, actions are being ramped up to fight opioid abuse. Funding is being released by the federal government to support the distribution of Naloxone, the antidote to opioid overdose, and to enable more access to medication-assisted treatment for opioid addiction. While it’s tragically true that tens of thousands of Americans are losing their lives to opioids, in Nevada, it might be wiser to invest in activities that counter the abuse of methamphetamine.

After marijuana, meth is the most-used drug in the southern part of this state. In 2014 and 2015, more than twice as many people went to rehab for methamphetamine as heroin. In 2016, the numbers were closer together but meth was still in first place.

And according to a 2017 report from the Nevada Substance Abuse Working Group, methamphetamine caused 202 deaths in Las Vegas in 2015 while heroin caused 71 deaths.

Despite those numbers, Nevada is following the national example by focusing on opioid abuse and addiction. For example, there’s a program sponsored by Attorney General Adam Laxalt to implement opioid abuse prevention programs at Boys & Girls Clubs. And at a 2017 Opioid Action meeting in Carson City, Nevada Governor claimed that the state is the “nation’s leader in the battle to control the opioid abuse crisis.” This emphasis on opioids could mean that those addicted to methamphetamine are overlooked when the help and financial support are handed out.

A Long History of West Coast Problems with Meth

Meth isn’t a new problem for Nevada or the rest of the West Coast. The western states have always struggled with higher rates of methamphetamine supply and abuse than the rest of the country. After all, these drug supplies were originally sourced in Asia and infiltrated West Coast drug supplies first. Then Americans began learning to cook meth in labs hidden in remote locations in the West and the Midwest. As supplies for precursor chemicals were legislated out of the reach of these amateur cooks, Mexican labs took over the supply channels.

Is it Possible to Recover from Meth Addiction?

Methamphetamine is a highly addictive drug—some people say that it only took one use for them to become hooked. Meth addiction is also associated with high levels of crime. You’d be right if you think any type of addiction tends to be associated with higher-than-average levels of criminal activity, but methamphetamine and crack cocaine both have a stronger connection with increased crime numbers than other drugs.

Methamphetamine is also a very physically destructive drug. You may have seen before and after photos of meth users that show drastic physical deterioration in just months or a few years. That change is a fact for a heavy user of meth. The physical, moral, emotional and spiritual decline of a methamphetamine user can be shockingly fast.

Still, when a person gets the right support, it is possible to recover from methamphetamine addiction and build a healthy new life. At Narconon Nevada about an hour away from Las Vegas, an individual who has lost everything to meth addiction—or addiction to alcohol or other drugs—can rebuild and recover.

This isn’t a 28 day program because most people need a longer time to recover qualities like responsibility, gratitude, honesty and integrity. At Narconon Nevada, each person progresses through the program at their own rate, graduating only when they have gained the confidence and life skills to tackle life from a sober footing again.

Learn more about the Narconon program by visiting our program description and find out for yourself why this rehabilitation program can even succeed with a person who was once overtaken by an addiction to methamphetamine. And if you need to find help for a loved one in the middle of this struggle, call us today.

For more than a decade, Karen has been researching and writing about drug trafficking, drug abuse, addiction and recovery. She has also studied and written about policy issues related to drug treatment.

”I am a father who was on the edge of losing his son.”

Fact, over a year ago I had no idea where he was, nor did anyone. I found myself checking the internet regularly to see (good or bad) any news about him. I knew he had succumbed to drugs, primarily alcohol and I was caught in a dilemma of "what to do." 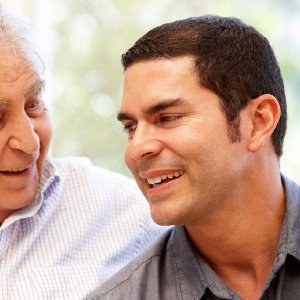