Nevada and Meth-Related Deaths – Breaking Free from a Vicious Crisis

If you live in Nevada or have family there, there’s a chance you’re aware of the growing drug problem in the beautiful Silver State. As of 2018, Nevada had the highest amphetamine death rate in the nation. In fact, the state’s annual rate of amphetamine-related drug deaths is on its way to eclipsing prescription opiate deaths, the leading cause of drug-related death in the state.

For our families and our friends, a rise in amphetamine-related deaths in Nevada is something to be concerned about. What is the story behind Nevada’s amphetamine problem? And how can we protect our families? Is there an answer to meth addiction in Nevada?

A Look at the Data On Meth Addiction

There are a few different factors that have made Nevada a hotspot for meth addiction. For one, it’s becoming more difficult for addicts in Nevada to get hold of opiate painkillers, as healthcare professionals across the state have reduced opiate prescribing considerably. That means fewer incidences of doctor-shopping, fewer family medicine cabinets with painkillers in them, fewer opportunities in general to get painkillers, etc. And when one source of drugs dries up, users will search for a different way to get high.

Combine that with an increase in meth trafficking from Mexico-based drug cartels, and all of a sudden, there is an abundance of a highly-potent, very desirable strain of meth now readily available on the streets of Nevada towns. And it’s cheaper than any opiate, too.

What a lot of people don’t know is that methamphetamine is not a “new” problem in Nevada, just that it’s getting worse rather quickly. In fact, Nevada did have a surge in meth abuse in the early 1990s, and the state had been successful in reducing meth addiction thanks to group, community, state-based, and family-based efforts. But the reprieve only lasted for a few years. Since 1994, methamphetamine has been the leading illicit drug mentioned as the drug of choice in treatment center admissions. Meth has also been the leading cause of drug-related criminal sentences in Nevada for almost two decades.

Not only is methamphetamine a severe problem for Nevada families, but the drug problem, in general, has gotten worse in the Silver State. Reports from Nevada public health institutions indicate that about ten percent of Nevadans use illicit drugs on at least a monthly basis. And the age group with the highest rate of use was young adults ages 18 to 25-years old. High levels of drug use among young adults make Nevadan parents very worried.

It’s not easy to learn that Nevada has become one of the nation’s centers for methamphetamine use. And if you have a family member or loved one in Nevada who is addicted to meth, this information certainly strikes home.

The critical thing to remember is that addiction does not have to be a permanent, life-ending affliction. People can overcome their drug habits. With the help of residential drug treatment, anyone can overcome drug addiction and create a lifetime of sobriety. Narconon exists to help recovering addicts leave drugs and alcohol behind for good, all so that individuals may create a healthy, happy life.

Once the withdrawal process is completed, recovering addicts move on to the New Life Detoxification, a unique approach found only at Narconon. This approach combines exercise, sweating in the sauna, hydration, and nutrition. The goal is to cleanse the body of toxic drug residues.

Narconon also offers unique exercises called the objectives. Such exercises help stabilize the individual in the present. And becoming well-grounded in the present (and not lingering on past troubles, failures, losses, hardships, etc.) is hugely beneficial for recovering addicts.

Life skills are also a crucial part of the Narconon program. These courses help recovering addicts find the underlying reasons as to why they turned to drugs in the first place, helping them to effectively eliminate the need to keep returning to drugs. Learning valuable life skills gives recovering addicts the chance to face life without resorting to drug use as a coping mechanism.

It can be quite challenging to have a family member who struggles with a drug problem or an alcohol addiction. But just remember, your loved one’s addiction does not have to be a death sentence. Please make sure they get help today.

How Nevada is Fighting their Opioid Crisis

Nevadans are receiving far more prescriptions for addictive opioids then other U.S. States. This abundance is driving up the terrible effects of addiction. 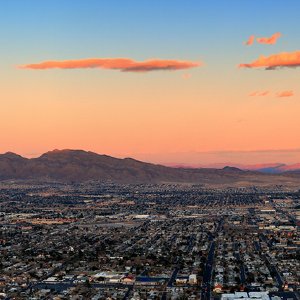