Ecstasy Use is Making a Comeback Amongst American Youth

Just as there are trends in so many other facets of life, there are trends in drug abuse and drug habits as well. While some drugs are a mainstay of sorts and seem to always be popular, other drugs seem to come and go, fading in and out of popularity over time. After almost fifteen years of relative disinterest, ecstasy interest is now back on the rise, with more and more teens and young adults becoming hooked on this highly mind-altering drug.

What makes this round of interest in Ecstasy more concerning than previous interest in the drug is that this time around, the drug is a lot more potent than it was prior. According to DAWN (the Drug Abuse Warning Network), emergency room visits as a result of Ecstasy use have increased by more than one-hundred and twenty-eight percent between 2005 and 2011. This increase was seen almost exclusively amongst teens and young adults in their early twenties. Officials believe that Ecstasy is “back in vogue,” and they are right.

The Substance Abuse and Mental Health Services Administration confirmed the increase that DAWN reported on, indicating that ecstasy-related emergency room visits jumped from around four-thousand five-hundred visits in 2005 to well over ten-thousand visits in 2011. This is a dangerous omen, particularly for young people.

The Attendant Dangers of Ecstasy Use

According to Steve Pasierb, CEO of The Partnership for a Drug-Free World:

“This should be a wake-up call to everyone, but the problem is much bigger than what the data shows…”

“This should be a wake-up call to everyone, but the problem is much bigger than what the data shows. These are only the cases that roll into the emergency rooms. It's just the tip of the iceberg.”

Ecstasy produces a rush of energy and electrification, feelings of euphoria, and a plethora of other, loving, peaceful emotions. However, the drug also has several negative and dangerous phenomena too. The drug causes a feverish overheating of the user's core, body temperature, a rapid heartbeat, increased blood pressure, rapid dehydration, and even kidney or heart failure.

The active factor in how Ecstasy gets a person high is that the drug directly impinges on the levels of serotonin in the brain of the user. This is what brings on the initial rush of euphoria. But after that rush wears off, the individual will likely experience depression, paranoia, nervous hysteria, confusion, disorientation, anxiety, and sleep difficulties.

There are other dangers of Ecstasy use too, like the fact that the drug might be cut with other substances to make it more potent and potentially more lethal. According to Steve Pasierb:

“We've had this six-year quiet lull, and now we've got a whole new generation of young people who are being marketed a new product under the name ‘Molly’. When it was in a finished pill, it was difficult to tamper with. But now that it comes in a powder form, you might have an unscrupulous dealer who cuts it with speed or some other substance.”

When young people use Ecstasy, they take a significant risk for no benefit. Any kind of drug use is negative and dangerous, but Ecstasy use is particularly risky as the substance has become more potent and lethal.

Young people might end up abusing Ecstasy because they are told it is one of the “safer” drugs, but then they end up in a terrible condition as a result. For this reason and many others, young people need to ensure that their family members and loved ones remain abstinent from Ecstasy, no matter the peer pressure that they may be faced with.

Avoiding and Preventing Addiction to Drugs

From Africa and Australia to Europe to the mountains of Nepal , Narconon has 52 years experience of permanently returning a majority of drug addicts to the natural state of relaxed abstinence into which 99% of the population are born. In addition, across those countries AND MANY MORE, Narconon has learned that by far the main factor responsible for individuals becoming addicted is… 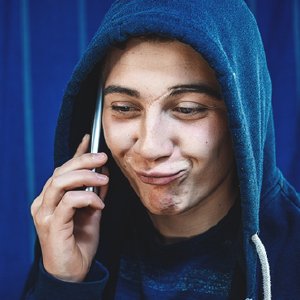