When we look at the drug problem in the U.S., the biggest shocker is how rapidly this issue went from being a problem to a crisis, a crisis to an epidemic, and an epidemic to a full-on National Public Health Emergency. What’s even more perturbing is the fact that the problem continued to increase every year, getting worse and worse each year, in spite of U.S. efforts to reduce it.

In these paragraphs, we will convey the sheer width and breadth of the American drug addiction epidemic. In just a few sentences, we will show the growth factor of the addiction crisis through drug abuse statistics, how the problem grew unchecked, why it won’t be stopped, and what we will have to do to reduce the emergency-level addiction epidemic.

Drug Overdose Death Rates to be Concerned About

Drug overdose death rates are the most indicative statistics that show where this country has gotten to with drug addiction and alcohol abuse. According to reports compiled by the Centers for Disease Control and Prevention, overdose rates have risen by more than six hundred percent from 1980 to 2014. The vast majority of this problem has occurred in the 21st century, with overdose statistics increasing by more than five hundred percent between 1999 and 2016.

Some areas are all but crippled by drug overdoses. Boone County, West Virginia experienced an eight-thousand percent increase in overdoses from 1999 to 2016. This county also coincidentally receives massive shipments of opioid pain reliever pharmaceuticals from Big Pharma distribution companies.

A Problem of Addiction, not Abuse

The above deaths are called “Deaths of Despair.” When deaths of despair decrease yet drug overdoses increase, this tells us there is more at work here than despair-fueled addiction. The critical factor is, if people were seeking out drugs purely for despair felt in their lives and were then dying from those drugs, all of the other categories of “deaths of despair” would be increasing too.

But they are not.

This tells us that we have an overdose epidemic that is being caused by something other than just classic, American, miserable drug abuse. This is an addiction problem, not an abuse problem.

A combination of the pharmaceutical industry’s increase in the prescribing of powerful, mind-altering prescription drugs coupled with increases in medical marijuana legalization and the constant increase of other drugs brought into the country as “Black Market alternatives to prescription drugs” we have a nation that has a drug for everything. That is never a good solution.

To make significant, lasting change in our country’s National Public Health Emergency, we will have to rehabilitate all who are addicted. But we will have to do far more than just that. We will have to change the way we approach medicine, and we will have to get out of this twisted thinking where we use pills to solve our problems for us. That doesn’t work.

A sober nation with reduced addiction problems is within reach, but it will take a lot of effort and changed viewpoints for us to get there. 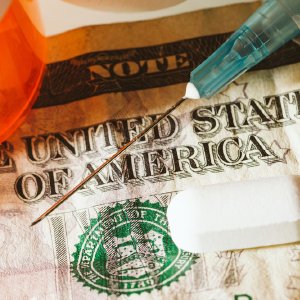 Recent studies show that nearly all U.S. doctors tend to overprescribe opioid pain reliever drugs when they hand out prescriptions. 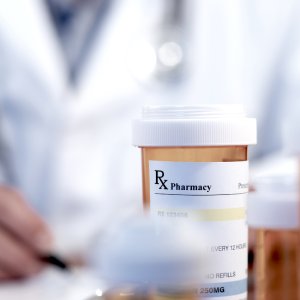