Drug Abuse Skyrockets to the Top of Preventable Causes of Death

By now it should not come as a surprise to anyone that our country is struggling with a terrible and vicious substance abuse epidemic, a problem so serious that it has ranked first as a public crisis, then a health epidemic, and now a national public health emergency. One would have to have been living under a rock not to know that our country is in the grips of the worst addiction battle it has ever faced.

Every year, drug overdose deaths on American soil increase. There has not been one year that they have leveled out or decreased in over twenty years. The United States is caught in the grips of an extremely fatal epidemic, one of which our best efforts so far to address have not been nearly as effective as we’d have liked them to be.

So what are we going to do about the drug problem? Where is the solution? It’s time we not only looked for solutions but actually committed ourselves to finding solutions and applying them.

Luckily for us, there are already a plethora of solutions to the drug problem that we simply need to commit ourselves to. Haven’t enough people died from drug overdoses as it is? Isn’t it time for a change? When more people in America are dying from drug overdoses than car accidents, isn’t it time we treated the epidemic with the severity that it does warrant?

One solution we can start applying right away is through prevention. Prevention is any act or action that attempts to stop addicts from turning to drugs and alcohol in the first place. It is the effort to resist drug abuse, to curb it, and to literally prevent people from abusing drugs and alcohol in the first place. Education, raising public awareness, holding marches, walks, and public events, utilizing education in schools, having parents talk with their kids, this all qualifies as prevention.

Another solution that must be applied in tandem with prevention is rehabilitation. The drug problem won’t subsist until all Americans who are addicted are freed from their habits. We actually have to encourage and even insist that those who are hooked on drugs and alcohol get help through a treatment center or rehabilitation facility. In this way, those who are currently dependent on substances can be freed from their crippling habits.

The United States is in an emergency regarding drug use and alcoholism. Getting out of this trap will take some effort. It’s time to start now.

Reports coming out of Arizona health agencies and news services reveal how the opioid addiction and overdose problem is escalating in the state, resulting in staggering losses. . 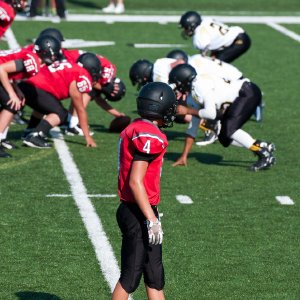