Children: The Hidden Victims of the Opioid Epidemic

Perhaps one of the most overlooked aspects of the current, U.S. drug addiction epidemic is the children that are harmed by their parents’ addictions. In a big way, children are the collateral damage of 21st-century American drug addiction. It’s possible that the current drug crisis is the worst its ever been, an epidemic that claims tens of thousands of lives every year.

Over ten million Americans are addicted to opiate drugs. 2015 saw more than thirty-thousand deaths from this issue. 2016 saw almost sixty-thousand deaths from opiates alone. The risks for using opiates are apparent for those who partake. Deaths are only one eventuality. There are also lost jobs, lost production, ruined families, and countless other crisis-level issues that must be contended with. Furthermore, there is the collateral damage that addicts cause, and the effects that such addicts have on their family members and loved ones is extreme.

The Real Effects of Having Drug-Addicted Parents

In 21st century America, people in their twenties and thirties have the most risk for opiate abuse. These are also the age ranges most likely to have young children. Children of opiate addicts suffer in many ways. For one, infants born from a mother who is abusing opiates will be born with Neonatal Abstinence Syndrome, a brutal, chemical dependency issue that takes weeks of the infant staying in ICU at a hospital to address. In 2012, one baby was born with NAS every twenty-five minutes. This statistic had more than quadrupled since the turn of the century.

Neonatal Abstinence Syndrome is only one of many negative consequences put upon children who are raised by opiate addicts. There are other societal costs of substance abuse that leave children the greatest victims. People who are addicted to drugs experience far greater incidences of domestic violence, poor self-esteem, and loss of life. When people experience these phenomena, they project those emotions, sensations, and actions onto their kids. Kids who grow up in an environment that includes an addicted parent are far more likely to experience domestic violence and emotional abuse, amongst other things.

Another factor, perhaps the most prevalent, is the risk that kids have of becoming addicted to drugs themselves later in life. When kids grow up with a parent or parents who abuse drugs and alcohol, they are roughly four-hundred percent more likely to end up forming a drug habit later on in life.

Thousands of kids are born with NAS every year, and thousands more have to witness their parents succumb to addiction every year. It is impossible to be fully present and live up to the full responsibilities of parenthood while addicted. If you know an addcit who is also a parent, every effort should be made to get them to seek help. Children need the love and support of their parents to grow and thrive. The best thing you could do for the child of an addicted parent is to assist the addict to achieve true recovery and so give the child their real parent back.

The Stigma of Addiction and Why It Is Damaging

Ren in Dealing with Addiction 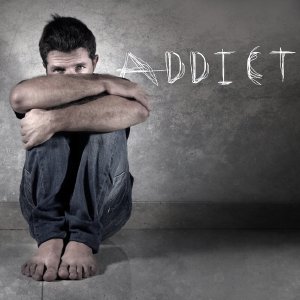