Reports coming out of Arizona health agencies and news services reveal how the opioid addiction and overdose problem is escalating in the state. Starting in the summer of 2017, state health authorities implemented a real-time reporting system for overdoses, fatal or not, and other statistics related to this problem, and that constantly updated information presents a truly distressing view of Arizona’s problem.

In 2016, the total number of overdose deaths in the state was 790, a 16% increase over 2015. In 2017, there were almost that many overdoses in just six months. Here are some of the news reports documenting the losses.

June 26, 2017: AZCentral reports 15 overdose deaths and 191 total overdoses in one week in the entire state. Eighteen babies were born with problems related to the mother’s opioid use during pregnancy.

September 6, 2017: U.S. News notes that in a two-month period, 41% of those who overdosed had received prescriptions for opioids from ten or more different prescribers.

January 5, 2018: AZCentral reports that 716 Arizonans were lost between June 15 and December 28 (although this statistic could change when state authorities confirm these cases). Nearly 5,000 people suffered overdoses but 85% were saved. More than 440 babies suffered because of the mother’s use of opioids.

In December 2017, the drug-related death of Brock Haman, a well-known Arizona athlete, was very likely to be part of this phenomenon. Haman gained recognition as an outstanding player while at Saguaro High School in Scottsdale. After graduation, he signed on with the University of Arkansas Razorbacks but didn’t play because of injuries. He then transferred to the Arizona State University but never played. In fact, he was only involved with the football program for about a month.

Athletes are highly susceptible to addiction because they are certain to be injured at some point in their careers, and that includes high school players. If doctors and parents are not alert to the possibility of addiction, it’s an easy trap for young athletes to fall into. A young player is not only in pain from an injury but is also disappointed that he (or she) can’t play and worried about getting back on the field or the court—opioids can make all that anxiety go away.

Haman was only 24 when he died. A week after his death, his mother commented that it was injuries that drove him away from the sports he loved and that may have been the beginning of the end for her son.

Haman was one of the hundreds of 2017 drug overdose deaths in Arizona. When the number of deaths is totaled, it is likely to be well over a thousand. Every death is a heartbreaking loss for a family and a loss to the state.

For more than a decade, Karen has been researching and writing about drug trafficking, drug abuse, addiction and recovery. She has also studied and written about policy issues related to drug treatment.

Drug Abuse Skyrockets to the Top of Preventable Causes of Death

By now it should not come as a surprise to anyone that our country is struggling with a terrible and vicious substance abuse epidemic, a problem so serious that it has ranked first as a public crisis, then a health epidemic, and now a national public health emergency. 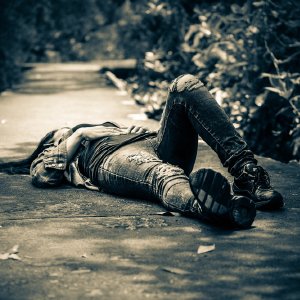