Am I Addicted to Drugs?

If you’re asking this question about yourself, please read on.

If you’re reading this on behalf of someone close to you, read on.

Becoming addicted is a gradient process. It would be difficult to pinpoint the exact day or moment at which drug or alcohol abuse became drug addiction or alcoholism. (Because the syndromes are so similar, we’ll just use the word drug to cover alcohol, illicit drugs, prescription drugs and so on.)

The rate at which people become addicted is also a wild variable. Just because uncle Ben has been drinking for decades and now goes for weeks sometimes without a drink doesn’t mean another person won’t become addicted in a fraction of that time and have no control.

In spite of that, drug addiction itself is a very definite condition and can be defined clearly. Various dictionaries say addiction is:

2. A condition characterized by compulsive engagement in rewarding stimuli regardless of adverse effects.

3. The state of being enslaved to a habit or practice or to something that is psychologically or physically habit-forming, as narcotics, to such an extent that its cessation causes trauma.

4. The continued use of a substance or performance of some action despite attempts to stop and despite negative consequences.

According to these definitions addiction is a destination at the end of a long road of mistakes using drugs or some other harmful activity.

Addiction is NOT the end of a long road, addiction IS the WHOLE road.

I think another point needs to be added here. That is this:

If you are using drugs or alcohol or drug and suspect a problem may be developing but ignore those suspicions and continue, your addiction is real. It is actively affecting your thoughts and actions and your life.

The alcoholic in the gutter didn’t start out there. The heroin addicts standing around street corners in the middle of winter weren’t born there. Step by step the activities that have ruined their lives became harder and harder to resist until, in the end, they were unable to stop and addiction was now fully developed and in charge of their thoughts and emotions and actions. None of those people are asking the question, “Am I Addicted?” They know the truth; they know that they are addicted and unable to stop without help.

But every one of those addicts at one point or another in their ‘drug careers’ looked at themselves in the mirror and they did ask, “Am I Addicted?”

Help IS possible. And help is available. At Narconon Nevada, we assist people to overcome their addiction, whatever stage it’s at. They learn to give up their drugs or drink and to live a life they can be proud of again, a life without the constant cravings and urges to use or drink.

So, no one in the world can answer your question as well as you yourself. And the mere fact that you’re asking it is blazing sign post, a warning that so many others ignored.

Many of the symptoms of drug or alcohol addiction, if detected early, can show the need for rehabilitation treatment. Here are some of them. 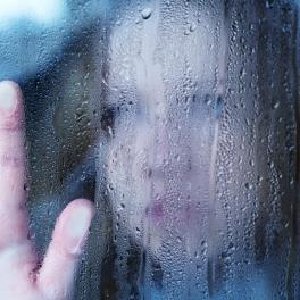